The Last Battle is the last book in the Chronicles of Narnia and tells of the end of Narnia and the afterlife of Narnians.  Some have said that it tells us something about the Eschatology of C.S. Lewis.  With this in mind, I have written an analysis of the book in an attempt to examine how it aligns with Biblical references to eschatology and, if possible, assess Lewis’s own eschatological perspective. 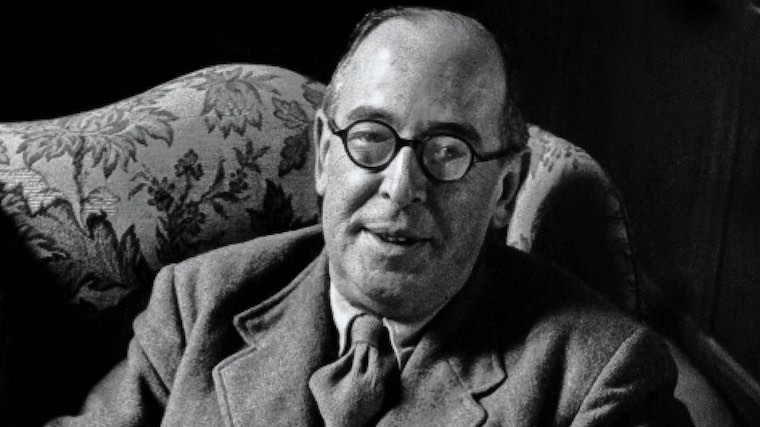 Writing on The Last Battle comparing its eschatological elements to Biblical revelation gives cause for reservation.  In the first place, Lewis himself didn’t approve of his works being seen allegorically, preferring them instead to be seen for what they were.  Secondly, the Last Battle is the story of the end of Narnia (his world), where the Bible depicts the events prior to the end of the Earth (God’s world).  Thirdly, there are several widely accepted understandings of the biblical timeline.

But in spite of these reservations, there are also distinct similarities and differences between The Last Battle and the eschatological timeline we find in scripture. We will examine the differences first, and then the similarities.

There is no rapture or catching away of the church in The Last Battle.  Indeed, in The Chronicles of Narnia there is little that constitutes a church – unless one were to regard the intelligent talking beasts and good men as the church, which would be a difficult case to make.  Indeed, without the long periods of tribulation and distress and the devastating judgments of Revelation, there is little reason to remove anybody from Narnia through such methods.

There is also no second coming as we read of in Revelation 19.  Without a millennial reign or equivalent period, there would again seem to be little reason for a second coming of this nature.  It does seem clear that Lewis’s intention was not to change the method of government on Narnia, but to culminate the end of all things.  However, in Revelation 19 we see Christ returning as a conquering king in order to set up his kingdom on earth for 1000 years. Almost all Christians, regardless of their eschatology agree that Christ will return to earth again.

There are two other differences to quickly point out.  These include a single culminating battle in Lewis’s work, rather than two we read of in the Bible – the battle of Armageddon and the battle of Gog and Magog.  The other main difference is the lack of ultimate judgments from God in Revelation 6-16.  As previously noted, The Last Battle records the culmination of all things on Narnia, not a period of judgment as we see in the Bible.

While these difference mean that it is difficult to reconcile the events in Revelation with the events in The Last Battle, there are also many similarities in The Last Battle with prophetic writings in the Bible.  The best alignment of these similarities is not in Revelation, but in Matthew 24, where we can almost find parallels on a verse-by-verse basis.

In Matthew 24, Jesus is informing the disciples of the signs of the end of the age.  These signs are more clearly seen in The Last Battle than the order of final events held by pre-trib, pre-mil theologians.  For example in Matt 24:5 Jesus says, “many will come in my name saying ‘I am the Christ,’ and will mislead many.”  Similarly, we find Shift making Puzzle look like a Lion (at least in poor light) and misleading the people and beasts of Narnia into thinking that Aslan has come into Narnia and is coercing them into bondage.  Later in verse 11, Jesus talks about “many false prophets,” and indeed we find Rishda and Ginger the cat joining the league of false prophets in The Last Battle. Jesus warns that “if they say to you ‘Behold… He is in the inner rooms’ do not believe them” (Matt 24:26) – this is exactly the deception that Shift and his colleagues use to deceive the Narnians, saying that Aslan is inside the stable even after the dressed up Puzzle has been removed from the stable and it is empty.[2]

Similarly in verses 6-7 Jesus warns of “wars and rumors of wars… for nation will rise against nation, and kingdom against kingdom…” and in The Last Battle we find Calormen rising against Narnia, which in the entire series of Chronicles is unprecedented in the sense in which it occurs in The Last Battle.

On top of the deception that comes from the false Christ and false prophets, we also should expect that the lives of believers will be in jeopardy during the period near the end (Matt 24:9-10).  In The Last Battle, we find Tirian and his group are in danger for being true believers in Aslan on several occasions.   Tirian is put in custody and imprisoned by the rogue Narnians following the false Aslan.  Later, when expecting the dwarves to rejoice in the news that they have been deceived and are free again, Tirian and his group are again in danger from them turning on him – which indeed they do, although with results that come later.  Shift’s deception leads to the persecution of the true followers of Aslan, who appear disloyal to those following the false Aslan.  This parallels the persecution that Jesus warns His disciples will take place before the end.

Matthew 24:12 notes that “the love of many will grow cold” (ESV).  In The Last Battle we find the love of the dwarves growing cold as they forsake the old Narnian ways and become their own rulers.  We also see the love of Ginger the cat which has grown cold and leads to his becoming a regular dumb animal.

Jesus says that, “those who endure to the end will be saved”(Matt 24:13).  We find that Aslan congratulates Tirian saying “Well done, last of the Kings of Narnia who stood firm at the darkest hour.”[3]

The final culmination of the world of Narnia is very similar to Matthew 24:29-31.  “Immediately after the tribulation of those days the sun will be darkened, and the moon will not give its light, and the stars will fall from the sky…” After the battle, Aslan calls the world to end, the sun is darkened, the moon is drawn into it and then the moon is finally extinguished by the giant Time[4].  The stars literally fall from the heavens to the earth and come to stand behind the kings and queens (“stars in that world are not the great flaming globes they are in ours”[5]).  Matthew 24:30 also says “the sign of the Son of Man will appear in the sky” which could be referenced in the silhouette of the giant Time when he stands up in Narnia, although this may be circumstantial since the giant is not the son of Man: “They saw another patch where there were no stars: and the patch rose up higher and higher and became the shape of a man, the hugest of all giants.[6] Finally, Aslan has all the creatures from Narnia gather from across the entire world to him in order to judge them.  Matthew 24:31 talks about gathering “together His elect from the four winds, from one end of the sky to another,” Aslan clearly gathers all in Narnia and judges them (although Puzzle seems to slip through without facing Aslan) which seems to better parallel the Great White Throne judgment recorded in Revelation 20:11-15 .

Thus, it seems to me that The Last Battle reflects events in Matthew 24 better than a clear cut pre-tribulation, pre-milllennial eschatology. If The Last Battle represents Lewis’s own eschatological views, it would seem that Lewis is amillenial.  However, perhaps Lewis was attempting to avoid the debate as to the eschatological sequence of events by focusing instead on the signs of the end in Matthew 24 which adherents of the various views would likely more readily agree on.  Nevertheless, while it seems that there are clear similarities with the end of the age as Jesus described it, Lewis clearly doesn’t give a comprehensive timeline to parallel the book of Revelation. Given he is describing an imaginary world rather than the real world, this is quite fitting.