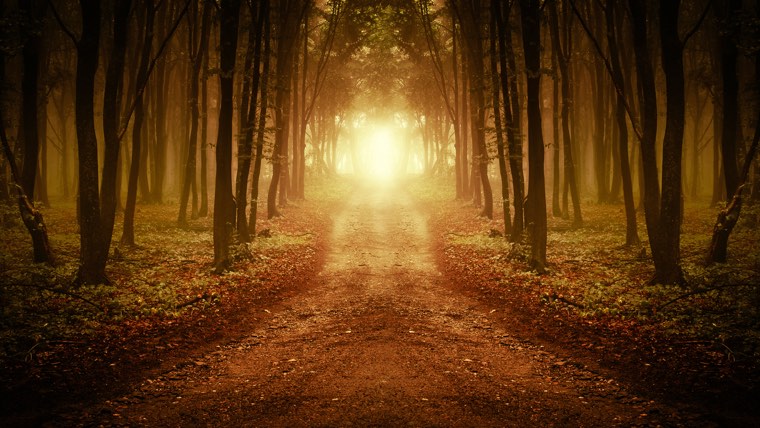 Who are the three individuals? To examine the mystical worldview through the mystical tradition, it is necessary to look at the key figures in that tradition. The Christian mystical tradition starts with Plato, whose thinking is “Christianized” by Origen. Teresa of Avila, a 16th-century Carmelite nun from Spain was in a tradition heavily influenced by Origen and to some extent Augustine. Consequentially, her understanding of the Christian mystical experience is primarily a development of Origen. Teresa’s Interior Castle continues to sell well today and is highly influential even in evangelicalism.

I conducted this study for a research paper for a Ph.D. class, and if you want the full paper, which is heavily footnoted, you can download it below. Because this article is a summary of an academic paper, it might be a little harder to read than my normal writing.

There is considerable overlap between the worldviews of Plato, Origen, and Teresa in their understanding of the fall and redemption, though there is also some development in places.

While Plato and Origen both regard man as pre-existent, Teresa appears to hold to an Augustinian understanding, at least of the creation of man. However, their theology of the Creator is less distinct than the means of creation. For Plato, God is not personal, and though Origen and Teresa describe God as a personal God, with a will, desires and thoughts, they don’t speak of having a relationship with Him. Therefore, while they might assent to the idea of a personal God, their practical theology assumes a degree of impersonality.

For Plato and Origen, there doesn’t appear to have been a time when God was without man and distinct. While Teresa disagrees on this point, they all agree that once man was created, there is some degree of participation or union between God and every human person. Teresa says that “God is within us.” While the context may suggest she is discussing believers, she also says similar things about those who are outside the castle, suggesting that God is in all people. Certainly, the language of divine transcendence is missing from all three of these thinkers.

There is universal agreement between these three that the world is a source of corruption and evil and incompatible with the true nature of man. There is no hint that they consider any part of the material world good other than the divine part of man which is to be (re)united with God. In the case of Plato, this corruption is an intrinsic part of his worldview, while Origen incorporates it into his worldview, and Teresa simply assumes it. This dualism reflects Origen’s middle-Platonic influences and Teresa’s dependence on Origen.

For each, the greatest problem we have is not rebellion or transgression against a holy God but the corruption and pollution of the world which hinders us from communing with God. Teresa never mentions God’s holiness (except when referring to the Holy Spirit), but refers to her own unholiness. The fall doesn’t constitute a broken relationship as much as a hindrance to union between the individual and Good (Plato) or God (Origen and Teresa).

When discussing man, all three of our authors deny that man was corrupted completely by the fall. All affirm that there is an uncorrupted element in man and that man can shed the corrupted elements to achieve union with God. Man’s desires may still be good, and they each regard man as autonomous and therefore able to effect some aspect of union with God if they are appropriately educated about the mystical way.

Since the fall is about a descent from a status or condition, redemption is the ascent back toward this status or condition. It is significant that none of our authors speak of atonement and that neither Origen nor Teresa speak of Christ’s substitution or reconciliation. In Teresa’s Interior Castle, there is no mention of justification and consequentially, we find indicators that she has no notion of the sufficiency of Christ.

However, while it is clear she expects believers to be growing in holiness and in their intimacy with God, we should recognize that when she uses these words she means something quite different from how the modern evangelical would understand them. By holiness she means removing the corruption of the world. While an evangelical would agree with this we would add that it isn’t enough to put off sinful ways, the putting off must also be complemented with a change of mind and putting on Godly characteristics.

Similarly, when Teresa speaks of intimacy, she isn’t referring to what evangelicals would think of as a relationship with the Lord. In fact, Teresa never uses the word relationship to describe the connection between the individual and God. Therefore, the participation alluded to in Romans 12:2 and Philippians 2:12-13 as understood by evangelicals is very different to the participation that Teresa has in mind. Where evangelicals would consider union with Christ in terms of relational participation and federation of status, Teresa considers union with Christ more like a spiritual version of sexual union, making powerful use of Origen’s spiritual senses.

Redemption primarily focuses on the soul ascending through different stages to “union with God.” The path for each begins with purification, and is followed by illumination, though the specifics of illumination differs between Plato and Origen. The final stage for each is union with God. All three explain the ascent in terms of their experience. Origen develops this significantly building a theology of spiritual senses, which Teresa explores extensively in her writing. The experience in each case includes feelings of “rapture” or “ecstasy” and is described by both Origen and Teresa using terminology that indicates they regard this union as a form of heaven while yet on earth.

Who needs the Bible?

The significance of combining the apophatic understanding of God (which prioritizes personal participation with God) and the mystical understanding of union with God cannot be over-emphasized. Ultimately this combination undermines the need for the word of God because pleasing God is not a matter of discovering how He desires to be worshipped, understanding what pleases Him from scripture and then participating with Him to change our heart and lives.

While Teresa would assent to obedience to the church, knowledge of how to please God in the mystic tradition is given through prayer and union with Him. For Teresa, learning how to please God is done the same way a wife would learn to please her husband. It is ironic that Plato’s contemplation is the most intellectual. Origen considers the spiritual meaning of scripture to be the most important interpretation, and Teresa largely ignores scripture. This suggests that mysticism and propositional truth are inversely connected. To put it bluntly, the more importance is placed on personal experience of God, the less important the definition of God becomes.

What should stand out from this study to any reader is that while terminology can be very similar, the worldview behind that terminology can differ dramatically. There is more commonality between Plato and Teresa of Avila, than between orthodox theology and Teresa. Without an understanding of these differences, it is easy to see how believers could adopt these experiences as a valid part of the Christian faith. However, as we’ve seen these experiences are from a very different worldview to the Christian one.

Does this apply today?

While the mystical theology examined in this paper is very different from what modern evangelicals would assent to, there are some important correlations with what we see in modern evangelicalism. One important one is the emphasis on personal experience in salvation, such as through ecstatic utterances (glossolalia), or through dramatic musical engagement. Though the modern focus on personal experience is more conducive to shared experiences (e.g. the concert-like church worship “experience”), there is the same tendency to diminish the importance of propositional truth and the preaching of the word of God. Whenever the importance of propositional truth is eroded, the identity and character of the God being worshipped become less important. Worship becomes whatever the worshipper wants it to become, or more specifically, whatever will result in the feeling of union with the divine