Skip to content
Today I received an email from a popular Christian writer who challenged his large audience to take up mindfulness meditation.1 He cited four benefits of meditation from Psychology Today in support of establishing it as a daily practice. In the email he sent out to subscribers, this author explained that “its roots go back to Biblical times and ancient cultures.” But does mindfulness meditation trace its roots to the Bible? Should Christians meditate?2 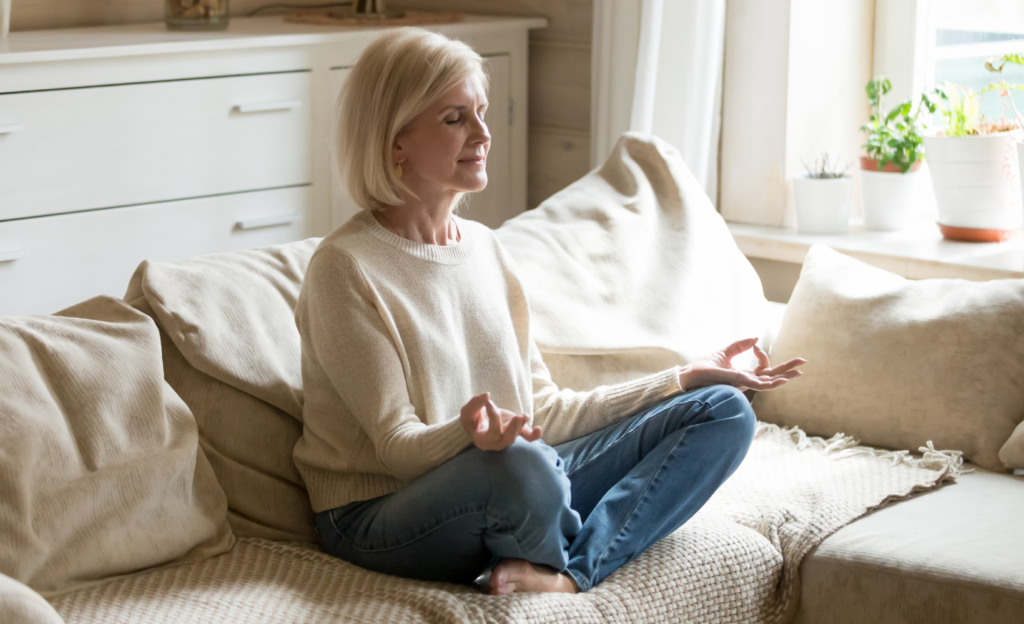 Studies indicate there are many benefits of mindfulness meditation. These include improved health, happiness, social life, self-control, productivity, and improved mood.6 Even though the empirical results support the practice, this doesn’t mean that meditation is the only or even the best way to achieve these results. While there is little doubt that our mental state affects our health, happiness, social life, self-control, productivity and mood, mindfulness is more about a solution than identifying the problem. In fact, it is difficult to find any psychological documentation providing a theory of why meditation is effective.7 Thus, while many now regard the practice as secular, it still rests primarily on Buddhist theory.

Further, this means that the psychological sector prescribes meditation as a solution without addressing the cause of the underlying problems it is trying to solve. Secular psychology tends to reject sin as a corrupting influence, though it baptizes other forms of corruption. Buddhism, the ancestor of mindfulness meditation, seeks to escape the corruption, also without addressing its cause. The word of God provides a universal answer of the causes of our problems, but one with so many nuances that it is comprehensive. We are corrupted people in a corrupted world. Nothing is quite as it ought to be, but everything can be explained through this framework when properly understood. If each individual is corrupted and sinful, then wouldn’t it make sense to attend to the corruption we can address to avoid or the problems in the first place? Christians who practice mindfulness may not realize it, but they are seeking the cure without addressing the cause. God is more concerned about dealing with the cause than just giving us a good life because life is more than health and happiness.

Mindfulness and transcendental meditation seek to develop spirituality. However, this spirituality is bound to the worldview of the practitioner. By practicing meditation in a secular context, we develop a secular version of spirituality. Though you might be inclined to think that someone who doesn’t believe in the supernatural rejects the notion of spirituality, this is no longer clear, as is evident from the rise of secular churches, complete with a liturgy. Under Buddhism, the spiritual experience meditation seeks to create is mystical. Mystical theory assumes man needs to ascent into or toward God and regards the physical world as inherently evil. The spirituality we find in scripture considers the world as something good that is corrupted, but which will one day be purified and redeemed. Regardless of whether your version of spirituality is Buddhist or atheistic, developing a spirituality that is devoid of God is a godless spirituality. If you’re a Christian, shouldn’t you be concerned about what God says about your life and respond accordingly? By rejecting a biblical approach to change and spiritual growth, we treat God as something (not someone) to tag onto the side of our life for some moralistic therapy. That is not Christianity.

What spirituality is and is not

Salvation (and therefore Christian Spirituality) is not deliverance from health problems, mood swings, becoming more self-controlled or becoming happy. Certainly, biblical salvation should result in those things, but those things in and of themselves are not salvation. Salvation is believing and responding rightly to the God of the universe who became incarnate on account of our rebellion to turn our hearts to Him, for His glory. Salvation requires repentance, the acknowledgment that our ways are sinful and wrong. Though repentance results in a change in behavior, thinking, and desires, the desire for a better life apart from a right response to the Lord and Creator is not a motivation for biblical salvation. Mindfulness and transcendental meditation develop a spirituality devoid of the Creator, and which, in its original (Eastern) form, explicitly sought to establish a negative spirituality which exalted and embraced nothingness. Biblical spirituality recognizes that we are creatures, created to live in a world made by the Creator, according to the pattern of the Creator, for the good of the Creator, because the Creator is worthy of this.

Salvation is not motivated by a desire for a better life apart from a right response to the Lord and Creator.

Mindfulness and transcendental meditation regard people as less than what the Bible says it means to be human. Part of the original concept of transcendental meditation was that the practitioner was to eliminate their desires and to enter a state of non-existence. By contrast, the Bible teaches that God made man in His image with desires and emotions. Certainly, corrupt desires lead to bad circumstances (James 4:1-3) but the problem is not the affections per se, but their corruption. Desires, emotions, and feelings enable meaning and are a gift of God. Mindfulness (in its secular form) attempts to rescue transcendental meditation by neglecting (rejecting?) it’s ultimate goal. It does this by encouraging short meditation, enough to grow in self-awareness. But even mindfulness is reductionistic because it fails to provide a moral framework for our feelings. Without a moral framework, there is no framework for transcendent meaning. Without God’s objective and transcendent meaning, we lose the definition of meaning and reduce it to something less than it is. If we reduce meaning, we lessen the significance of humanity and by extension, our own lives. Mindfulness is itself devoid of a moral framework, reducing meaning to a poor self-articulated alternative. Therefore, mindfulness is reductionistic.

Without a moral framework, there is no framework for transcendent meaning.

Why does it work?

So why does meditation work? Here’s my non-scientific but somewhat informed theory.8 The pace of activity continues to get faster each year (or so it seems). Rather than simply sitting, thinking and reflecting, humans are increasingly active, and therefore reactive. We function under a mob mentality, imitating each other’s patterns of behavior, adopting each other’s standards and conforming ourselves to the people and environment around us. Mindfulness and meditation work because it breaks that cycle and allows the individual to exist outside of the bubble of reactivity. In mindfulness meditation, the practitioner is to observe or be aware of their feelings and thoughts, accepting what they find. This awareness itself is a fundamental aspect of change. There can be no change without an awareness of a need to change. If we can accept who we are or how we act, we are more able to make judgment calls about the appropriateness of our feelings and thoughts and to be able to control them. Thus, awareness is itself the beginning of change.

However, mindfulness meditation doesn’t focus on change but only on awareness. Mindfulness appeals to the secular mind precisely because it is “nonjudgmental” and accepting. However, in reality, such acceptance is a path to make better judgments about our behavior. Here is where the secular world ends, and religion enters, and why psychologists say we can meditate regardless of our religious convictions. The secular world is unable to make such judgments because morality is notoriously difficult (if not impossible) without a religious foundation. As a secularized practice mindfulness meditation has to import morality from the practitioner’s worldview. Since everyone has a moral framework, even if their worldview doesn’t support it, we can (and do) make judgments about the thoughts and desires that meditation brings to our awareness. The worldview of the practitioner informs the direction mindfulness takes, they then make judgments resulting in change, and psychology calls it a success without an explanation. All this takes place without reference to God.

The word of God reminds us that our greatest command is to “Love the Lord your God with all your heart, soul, mind, and strength” (Matt 22:37). Jesus affirms this numerous times. One significant affirmation is Matt 6:33, “Seek first the kingdom of God and His righteousness and all these things will be added to you.” The priority for a Christian is not “these things” but “the kingdom of God and His righteousness.” The way we walk with the Lord is more important than what we have. Paul learned to be content in whatever situation he was in (Phil 4:11) because He recognized that how we relate to and respond to the holy and righteous Creator was more important than the circumstances we go through.

If all we want is a better life or life on our terms without the Lord, we probably aren’t Christian.

However, the word of God also affirms repeatedly that by putting our priorities right, good things follow. In fact, when God commanded Joshua to meditate on the law day and night (Josh 1:8), the result was first, “that you may be careful to do according to all that is written in it…” Obedience is before and preeminent over any material results. However, God also connected Joshua’s obedience with prosperity and success. This doesn’t mean Joshua would become wealthy, but that he would succeed in the purpose for which God had sent him, the conquest of the promised land. In Psalm 1, the Psalmist describes one who “does not walk in the counsel of the wicked, nor stand in the path of sinners, nor sit in the seat of scoffers” as “blessed.” We find the secret to this blessing in his behavior, and this behavior is rooted in his mind. In Psalm 1:2, this blessed man is one whose “delight is in the Law of the Lord,” which means specifically in the will of God as expressed in the word of God. Further, he says that this blessed man meditates in His law day and night. Biblical meditation is not primarily sitting and being aware of what we feel or think, but becoming aware of what God feels and thinks as revealed in His Word.  The purpose of biblical meditation is to evaluate our actions by His Word and then make adjustments accordingly. Biblical meditation requires the right heart, and while more confrontational than mindfulness, it is also more valuable because it doesn’t stop with awareness, but with repentance.

Ultimately, the question is this: do I want my life to reflect the blessing that the Lord provides (regardless of its material implications), or do I want the benefits without the Lord. Do I want a full life as the Lord defines it, or do I want to be the master of my own destiny? Frankly, if all we want is a better life or life on our terms without the Lord, we probably aren’t Christian. I’m sure those who would regard themselves as Christian but who are practicing mindfulness will continue to affirm that they are Christian. I hope so. My desire is not to have anyone reject the faith. Instead, I want to encourage Christians to dig deeper into the word of God and to discern more accurately what His will is before blending the ways of foreign gods and godless cultures into their lives.

Can you think of biblical reasons to abstain from mindfulness that I’ve missed? Leave a comment below.